What’s in a picture? Mussorgsky and Saint Säens

Mussorgsky above, famously painted by Ilya Repin days before his death, looks the very definition of a proper Russian life, lived hard. The elegant Saint Säens below, by contrast looks every inch the fin de siècle Parisien gent.

Mussorgsky had little time for Saint Säens. His quest to capture Russian nationalism and the ‘spoken voice’ in music, was much less tutored and ‘safe’, than Saint Säens uninterrupted rise: from child prodigy to grand old man of French classical music.

Perhaps the underrated Saint Säens long life; and later conservatism, prove sometimes it pays to live fast and die young – if you want be appreciated in the Arts that is.

And two of their works – which I love – illustrate the difference between them, almost as well as the pictures. Try Mussorgsky’s Night on Bald Mountain versus Saint Säens’ Danse Macabre… Mussorgsky’s arrests you, hurries and harries you with immediate urgency, whilst Saint Säens’ Pied Piper violin, just jauntily gathers you up and dances you away, bones clinking, to the catacombs of subterranean Paris.

Written within five years of each other, which is the more important work? Most would say Mussorgsky’s, although it was never performed in his lifetime. Walt Disney liked it though and memorably animated it in Fantasia.

I think Saint Säens deserves a better press though – he got me started on classical music after all, and inspired a whole chapter of ‘Relevant Complexity’.

Here’s where I stumbled across the two pieces, cheek by jowl. Terrible album picture, but some great music here…

The Dark Side of Classical Music 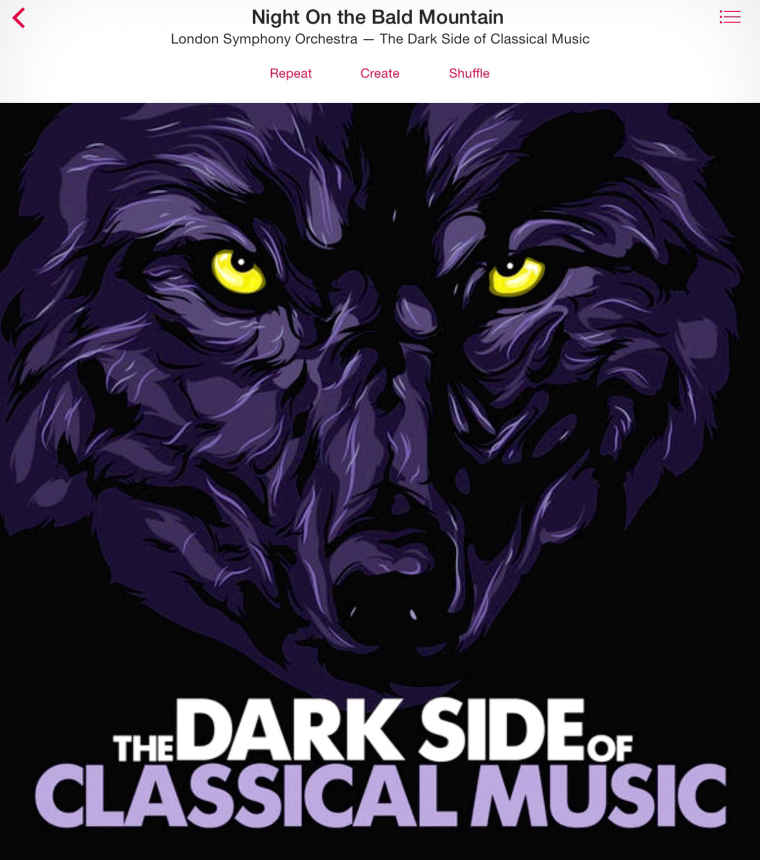