Life of the Mind: Science 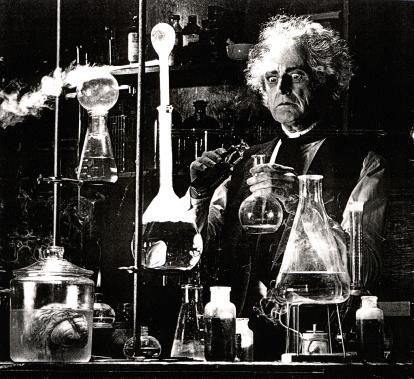 Like most people I guess, I get irritated by folk who are wrong. But unlike most people – thanks to the ‘relevant complexity’ of science – I actually don’t mind so much when I am.

Of course we all live trapped in our own heads. So what seems common sense to me, absolutely may not to other people. Different experiences, different world views, different data.

As a recently deceased US Senator Daniel Patrick Moynihan said:

“Sir, you are entitled your own opinions, but not your own facts.”

But what are facts anyway? Just a combination of data, theory and interpretation. So a quote I read from the late great populariser of science, Carl Sagan, sums up why I like science:

In science it often happens that scientists say, “You know that’s a really good argument; my position is mistaken.” And then they would actually change their minds and you would never hear that old view from them again. They really do it. It doesn’t happen as often as it should, because scientists are human and change is sometimes painful. But it happens every day.

A curiosity for knowledge and preparedness to change your mind is all you ever need to be a scientist. You don’t need big machines or huge textbooks just an open mind and some curiosity.

Take Jean-Henri Fabre (1823-1915) the famous French entomologist, who brings the struggle of a dung beetle – protecting it’s precious ball from a seemingly helpful rival – to life like a cliffhanging ‘soap opera’. There’s always more to observe with our own eyes.

But I did once have the privilege of seeing one of the biggest machines of the lot at CERN – the Large Hardon Collider. CERN is quite a place. Much like a campus university; a jumble of blocks and walkways, carparks, corridors and doors of many ages, styles and states of repair. But the scale and precision of what is done underground is uniformly cutting edge.

Take the equivalent in ‘matter’ of one hair from your head, accelerate it to the speed of light through four vast machines built over five decades. Then inject it one hundred metres underground into the coldest most magnetic 27km circuit in the known universe.

Then do the same again. Inject it in the opposite direction. Smash the two hairs’ worths together in a beam no wider than those hairs. Catch the debris in two enormous detectors. And there you have the LHC. Simple.

But what was even more impressive than the huge tunnels, control rooms, detecters and machines, was the people. If you wanted to imagine an idealist’s world where people of all nations come together to advance the sum of human knowledge; stop imagining and go visit. It exists, on an ‘international’ patch of land between the French Jura and the Swiss Alps.

But what’s nice, is not everyone is a particle physicist. I met a young Danish marine engineer in the control room who explained since you have to be able to fix anything on a boat – his was the ideal training for looking after a particle accelerator. Science is for absolutely everyone.

That’s why I am a scientist.

For more, follow this blog or click ‘updates’ in the menu to the right and add your own recommendations via ‘comments’ below.