Life on the Edge – Quantum Biology 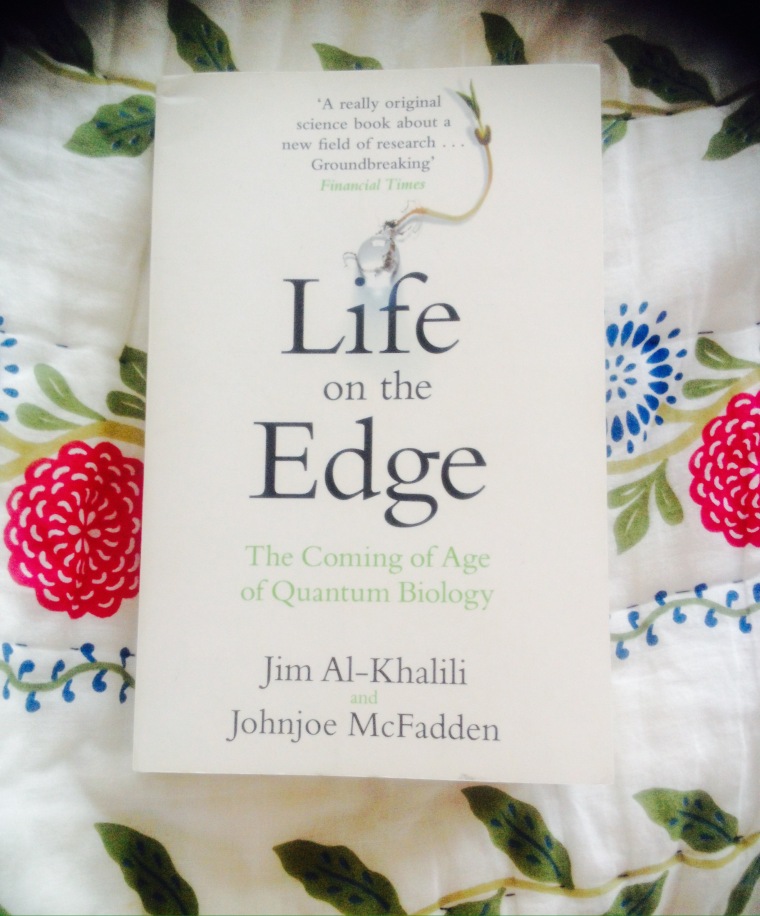 Hard to know where to begin, but picking up a copy of this book is a good start… Very well written, pretty accessible; and utterly mind-blowing.

Given recent forays into maths I just about get Erwin Schrödinger’s puzzlement in 1944 at this central question of heredity: “how could identical copies of genes be passed virtually unchanged from one generation to the next?”

As Life on the Edge explains – all the laws of classical physics and chemistry are statistical laws; which means they are only true on average and are only reliable because they involve very large numbers of particles interacting.

Knock billiard balls around on a table for an hour and you can predict most will end up in the pockets. Thermodynamics works like this and predicts the average behaviour of lots of particles, not the behaviour of an individual molecule.

As Schrödinger pointed out all the laws of classical physics and chemistry – including all those relating to fluids and chemical reactions – are based on this principle of averaging large numbers. ‘Order’ emerges from ‘disorder’.

Schrödinger not only observed that the statistical laws of classical physics couldn’t be relied on at the microscopic level; he quantified the decline in accuracy. The size of deviations from the classical laws is inversely proportional to the square root of the number of particles involved.

And here is where Schrödinger locates the problem – the ‘order from disorder’ principle of classical laws cannot govern life, because some of the tiniest biological machines are just too small to be governed by classical laws.

At the time Schrödinger was writing his book What Is Life? he calculated that a single gene might contain about a million atoms. The square root of a million is one thousand. So the level of noise and inaccuracy in genes should be one in a thousand – or 0.1%. And yet genes can be faithfully transmitted with mutation rates of less than one in one billion.

Schrödinger concluded that the machinery of life could not be founded on the ‘order from disorder’ of classical laws – but must be subject to the strange, but strangely orderly rules of quantum mechanics.

This is just the most abstract of the arguments and examples for quantum effects in life. Life on the Edge gives us the science of smells, migrating birds, the extraordinary efficiency of photosynthesis, the relevant complexity of the mind and more. Enough to completely persuade me that Schrödinger was right – quantum effects are everywhere in life’s most basic processes.

I’ve always thought the quantum realm was abstract and perhaps just a little unreal – Life on the Edge will persuade you that it’s quantum mechanics not clockwork, that makes all living things tick.

Life on the Edge: The Coming of Age of Quantum Biology