Stars in your eyes – 20 years of Hubble 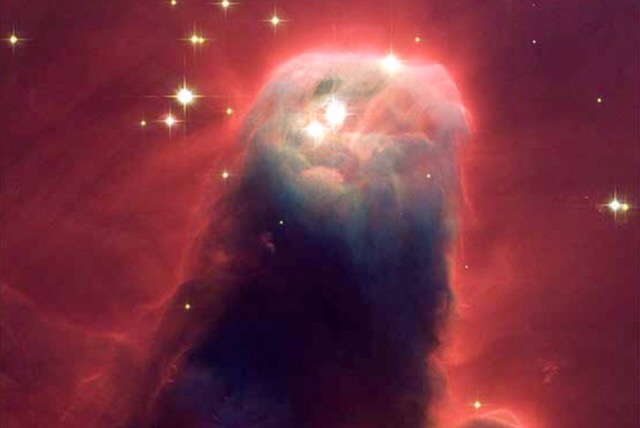 Years ago, I had the first Hubble image of the Eagle Nebula’s “Pillars of Creation” (above) made into an old fashioned 35mm slide – to join other iconic images lighting up my ‘dotcom era’ bachelor pad.

This time, I discovered the recently updated image via the New Scientist App on my new iPad. 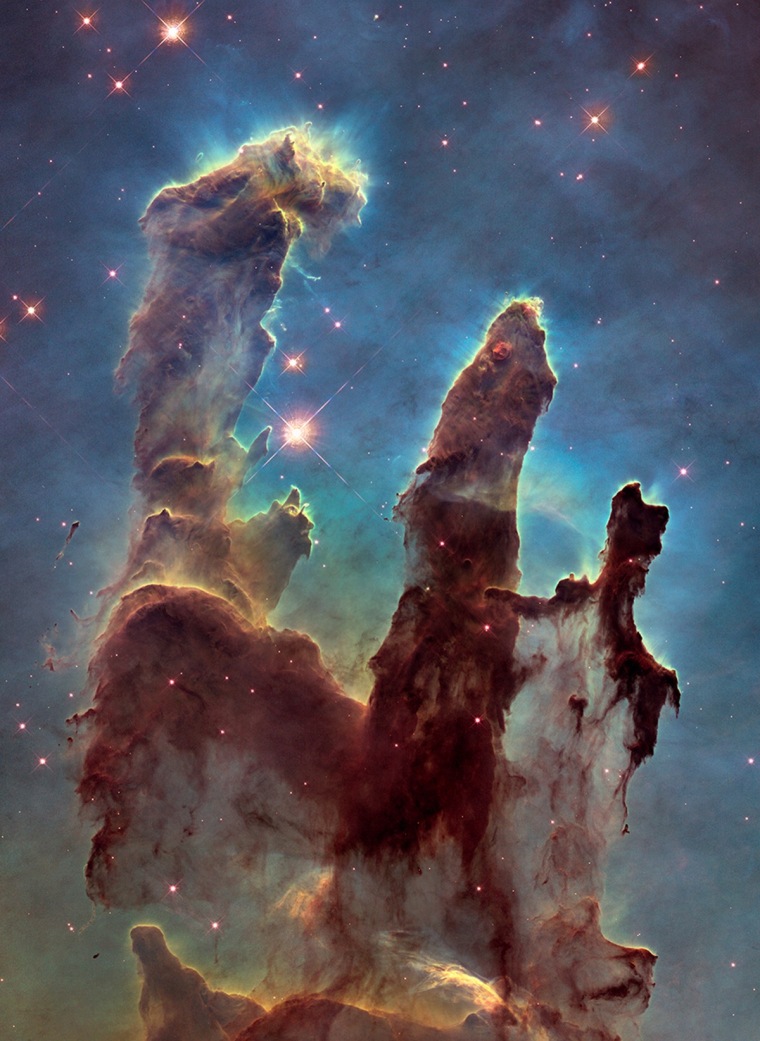 As the New Scientist has it:

The new, even sharper views peer through the pillars’ shrouds of dust.

The new Hubble camera makes clear that the gas and dust at the pillars’ edges become denser abruptly, rather than gradually as had been expected.

The benefits of higher resolution.

And apparently, you can see a few jets of gas have moved in the last 20 years. Doesn’t sound like much – but you’d fit a few solar systems in one of those jets. Cosmic, beautiful; and two decades on, comes all the way from the Eagle Nebula direct to your retina Digitally.

That’s the wonder of science; every 20 years it’s a whole new planet.